It’s so seldom I actually go for the touristy attractions, but sometimes it happens.The first one was the Eiffel Tower in Paris – France back in December. The second one was the leaning tower of Pisa – Italy in April.Sure, I’ve been to other places in between like Alhambra de Granada – Spain, but nothing I’d heard about before actually going there.I haven’t thought about the reason of why I’m not going after all these “big” places/things to see. But I think it might be because when people talk about a place a lot – it’s usually overrated for me.Not because I think I know better, but because I get stressed by crowds of people. And the more people talk about a place the more people will be there.I like to walk around and look at architecture of different places, but I like everything that’s special in any way. It doesn’t have to be known or famous for me to enjoy it. Fact is, the more famous it is – the more likely it is I like it less.I do think the leaning tower of Pisa is neat and all, but what I like the most is how tall I look in the photo.

Thank you Madicken for making me look tall! Don’t know how you did it! 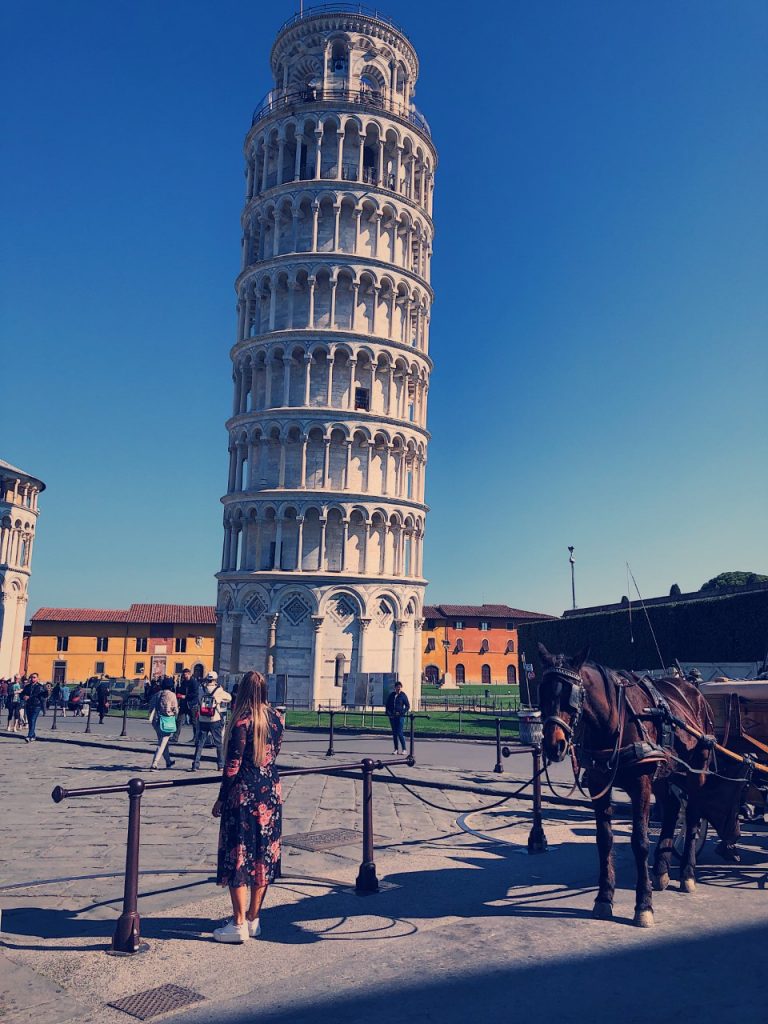